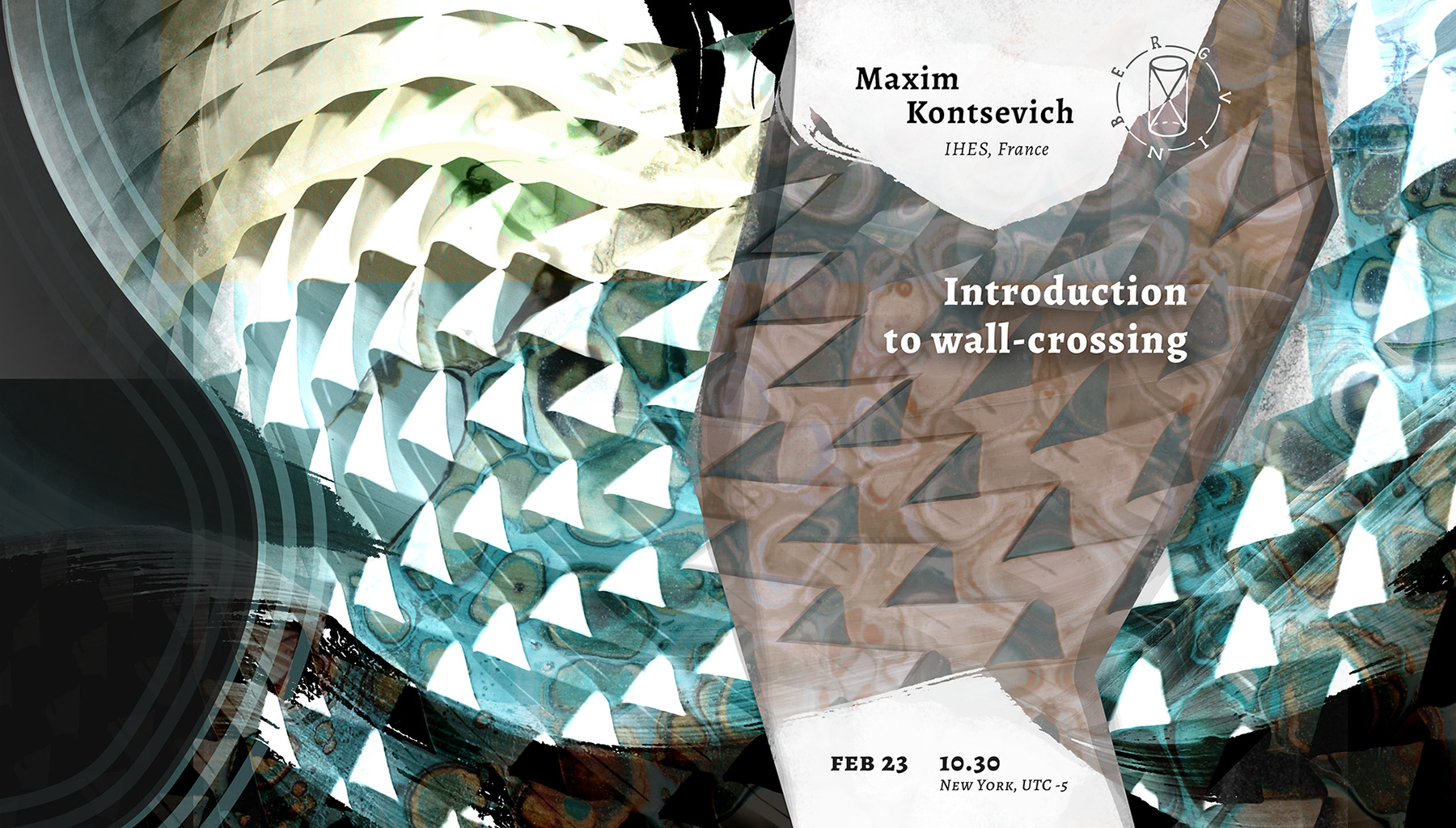 Wall-crossing structures appeared several years ago in several mathematical contexts, including cluster algebras and theory of generalized Donaldson-Thomas invariants. In my lecture I will describe the general formalism based on a graded Lie algebra and an additive map from the grading lattice to an oriented plane ("central charge").

A geometric example of a wall-crossing structure comes from theory of translation surfaces. The number of saddle connections in a given homology class is an integer-valued function on the parameter space (moduli space of abelian or quadratic differentials), which jumps along certain walls. The whole theory can be made totally explicit in this case. Also, I'll talk about another closely related example, which can be dubbed a "holomorphic Morse-Novikov theory".